Analyze the means the narrator uses to paint a picture of the survivors‘ living conditions. Focus on setting, point of view and language.

In Jo Treggiari‘s novel Ashes, climatic catastrophes have killed 99% of the world‘s population. The 16-year-old narrator, Lucy, tries to cope with the constant struggle to survive. This is the opening passage of the first chapter. (Chapter 1 of the short story can be found here.)

The author uses a specific choice of stylistic devices and in how far this underlines the life and the threat of Lucy to survive will be analyzed in this analysis.

The narrator is a third person narrator heavily influenced by the thoughts and the behaviour of Lucy, which sometimes makes the reader think, that the story is told by a first person narrator.

This detailed way of describing the whole process of a vivid world turning into an apocalyptic situation in combination with the narrative style underlines the seriousness and also how this can actually happen in the reader‘s life too. The whole way of how the story is told seems like a direct warning.

Coming to the setting of the whole story, which can be everywhere in the world due to the fact that Lucy‘s environment is described to be next to a shore, also is an evidence of the narrators‘ aim to let the reader identify with Lucy directly (cf.l.4). Next to this the home of Lucy is to be described as a “[…] muddy [camp] threaded by soggy grassland […] [with] a narrow moat right outside the front entrance“ (ll.9f.). The whole setting and the style of the narrator referring to Lucy and for that tho the reader, underlines the effect of the stylistic devices used in the story, making the whole character less artificial.

Right at the beginning a metaphor is used to underline the cause of the living conditions Lucy has to deal with. “[She] felt a tiny bubble of hysterical laughter gurgle up […]“ (l.1), not only shows how mentally destroyed she already is, but also represents how a tiny little piece, here a bubble, can cause a lot of pain, which has to be seen as a reference to what happened to Lucy while the world was becoming a globe of death (cf.l.1). Death is also a device the author connotates his choice of words with (“lifeless turtle“ l.2, “bleeding to death“ l.34). Using these adjectives or verbs he creates a very painful and scary atmosphere, which shows that nothing on the globe seems to be alive but Lucy and the consequences of human stubborness, that have lead to the extinction of the human species.

Next to this the personification of the dying laughter (cf.l.2f.) is used to underline the seriousness of the whole situation and how within a sudden everything can change so that the people even start to “[…] fe[el] exposed in the sand […]“ (l.4), showing their loneliness and vulnerability towards nature. Giving the description of the lifeless turtle with a “[…] wizened face and papery eye-lids […] loo[king] like a very old person“ (ll.5f.), also shows the desperate future of Lucy, with no chances if she can survive all the catastrophes, but also reflects the inner conflict of Lucy herself.

Her desperation becomes obvious when the narrator states that she breaths deeply and shrinks to her knees (cf.l.7). Another metaphor the author uses to paint the picture of the living conditions is the use of the butterfly effect, meaning that a small action can have momentous effect on the future (cf.l.7f.).

Using a backshift, to when Lucy was eleven years old also represents the huge timely extension and for that how these present living conditions actually could have been avoided (cf.l.12).

Enumerating all the consequences like melting polar caps, rising sea levels, increasing rain fall etc. (cf.ll.12f.), the narrator not only shows the dimension of threaths Lucy is exposed to but also sets a foundation for a descriptional future, which represents the danger, in which Lucy finds herself in. A real infrastructure or connectedness between cities does not exists anymore (cf.l.16), underlining the total isolation for Lucy and also how vulnerable and without effect she seems in comparison to all the natural catastrophes. “Shrinking like an ice cube in a warm drink“ (l.18), is how the loss of territory is depicted, which shows how the surviving people try to cope with the whole situation but will not have a real chance because the power of nature is too strong ans so humanity will fade and blend into their environment (cf.l.18).

Streets are dominated by “[…] small but fast-moving canals“ (l.20f.), which is another indicator for the forced isolation of the surviving 1%. Furthermore, the narrator is enumerating all the triggers, which were a consequence of human stubborness and that were seen “[…] just [like] a dress rehearsal for some disaster movie […]“ (l.26), which seems like a funny comparison and picture at first but clearly states how serious a little, not really overthinked change can be.

At the end of the extract the author  also refers to the psychological conditions, which are a cause of Lucy‘s lifestyle. He states that the whole situation is threatening her with nightmares (cf.ll.30f.), evolving illusions of “[…] her skin […] covered in scabs and [that] she was bleeding to death from the  inside out […]“ (l.34).

Coming to the end of the extract the narrator shifts back to the 1% that survived, which first seemes like an exaggeration, but only reflects once more in which situation Lucy and the other survivors are placed at the moment.

Coming to a conclusion, it can be said that especially the narrative representation of Lucy‘s thoughts and situation is the embodiement for the surviving 1% and the globe. Moreover, the choice of words and stylistic devices used by the author, shows hoe serious and dangerous the whole situation of climate change is. For that this extact can be considered to be a warning for people living all around the world because it is a global issue. 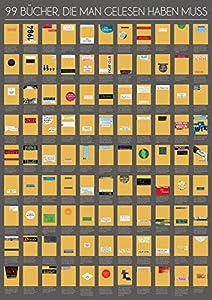 (336)
11,39 € (von Februar 4, 2023 12:39 GMT +00:00 - Mehr InformationenProduct prices and availability are accurate as of the date/time indicated and are subject to change. Any price and availability information displayed on [relevant Amazon Site(s), as applicable] at the time of purchase will apply to the purchase of this product.) 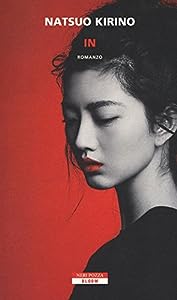 (17)
30,32 € (von Februar 4, 2023 12:39 GMT +00:00 - Mehr InformationenProduct prices and availability are accurate as of the date/time indicated and are subject to change. Any price and availability information displayed on [relevant Amazon Site(s), as applicable] at the time of purchase will apply to the purchase of this product.) 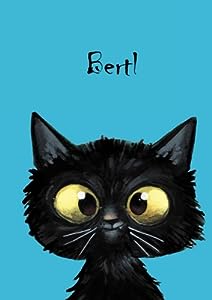 (4)
5,99 € (von Februar 4, 2023 12:39 GMT +00:00 - Mehr InformationenProduct prices and availability are accurate as of the date/time indicated and are subject to change. Any price and availability information displayed on [relevant Amazon Site(s), as applicable] at the time of purchase will apply to the purchase of this product.) 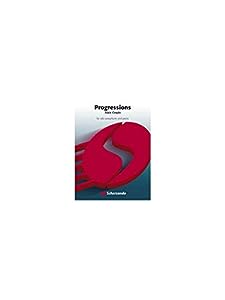 (1)
12,99 € (von Februar 4, 2023 12:39 GMT +00:00 - Mehr InformationenProduct prices and availability are accurate as of the date/time indicated and are subject to change. Any price and availability information displayed on [relevant Amazon Site(s), as applicable] at the time of purchase will apply to the purchase of this product.)

25,00 € (von Februar 4, 2023 12:12 GMT +00:00 - Mehr InformationenProduct prices and availability are accurate as of the date/time indicated and are subject to change. Any price and availability information displayed on [relevant Amazon Site(s), as applicable] at the time of purchase will apply to the purchase of this product.)