Examine the way in which Hillary Clinton tries to convince the audience of her views on the situation in America at that time. Consider her line of argument and language.

and on “The Atlantic” (Der Auszug ging von: Now it is time for America to bind the wounds of division … bis We will seek common ground, not hostility; partnership, not conflict. Hier wurde zwischendrin aber auch etwas weggelassen.)

In her speech about America, its values, virtues and challenges to be faced, Hillary Clinton uses a lot of linguistic devices to convince her listeners as well as readers.

The speech is about the equal opportunities that lay the foundation for a rise in society if a person is willing to work for it. She also shows how the USA is seen as a role model for a lot of states worldwide. After giving more fact about why the spirit of the American Dream contributes to America itself, she refers to problems, that are being faced on a daily basis by a lot of families who cannot cope and tackle the challenges such a country has to offer. At the end of her speech she gives an optimistic outlook on the future and a promise to renew America for following generations.

Having a closer look at Clinton‘s line of argumentation, it gets obvious that she structured it with a purpose of pursuing the reader and convincing him to believe in her and her mission of becoming president. She starts her line of argumentation in a really methaporical way, referring to the root of each own‘s personal story and the work fulfilled to be in the position where the listeners dind and see themselves (cf.ll.1-6). After that she points out the admiration America receives fot its leadership and that “[e]ven China‘s new president, […], has picked up on themes, starting to talk about a Chinese dream“ (ll.11f.). Moreover, she continues with referring once more to a strong work ethic and that this only contributes to a positive life in and for America (cf.ll.10-20). Having mentioned all these positive arguments she confronts the listener with the other face of the dream and its negative impact on families and their perspectives for a future in the USA (cf.ll.21-35). She starts this by using at first some more shallow facts before diving into statistics and data, making the last critical person believe in the problems the American Dream has to offer (cf.ll.20-31).

At the end of her argumentation she shares her optimistic view on the whole situation, mentioning to overcome the obstacles ahead. The clear purpose behind this structured argumentation is to convince the audience and winning them over by creating an atmosphere of belonging. Mentioning first just the positive, glamourous facts about America before drastically confronting them with the truth lets the perfect constructed state of mind of a lot of people shiver so that reality is actually becoming the reality. Nevertheless, she finishes with positive aspects, so that the audience believes in her will to change and renew America for better.

Convincing the reader does not only work by a good argumentative structure, represented by the style of language, Clinton uses in her speech. She starts her argumentation with an idealistic confrontation by starting “That‘s really how America is supposed to work […]“ (l.1). With this line she draws the audience‘s attention, because the people directly start listening while thinking about their own daily problems. Using the gerundium right at the beginning indicates that this is a working process, which will manifest itself in society right at the moment the words are spoken (cf.ll.1,5).

Next to this it is a stylistic device used throughout the whole speech guiding the arguments like a red ribbon. “Planting trees that we will not be sitting in the shade of […]“ (l.2) represents in a metaphorical way, how the American Dream established itself ans shaped society. On the one hand she is clearly referring to the first ancestors of each family that settled in the USA, but on the other hand she is also including new generations that might be listening. Not only through this, but also because of the often used pronouns we (cf.ll.2,5) or us (cf.l.8), she creates the feeling of belonging and equality. Clinton directly poses the opportunity for the audience to listen and maybe negotiate on one eye-level with her. Nevertheless, she expounds that they cannot expect “[…] to be handed anything on a silver platter […]“ (ll.4f.). Using this symbol, Clinton directly refers to the conceptual roots of the American dream, mentioning the mere importance of self-reliance and individual work ethic. Regarding to the former Senator it should not be seen as “[…] a fair shot of success […]“ (l.5), which appears to seem really realistic due to the fact that success cannot be injected like antibiotica unless some people might find themselves in already a wealthy family (cf.l.29f.).

By a further analysis of the speech it gets obvious that Hillary Clinton tries to reach out to the public on a very personal level by creating a feeling of confidence in her mission because “[p]eople everywhere told [her] that that is what they‘ve always loved and admired about America […]“ (ll.6f.). She evokes the feeling of confidential implementation in the public. Combining this with an enumeration of American values (cf.ll.7f.), she also directly refers to the mind state of a lot of Americans. Besides this positive conotations she shows that she also is aware of the risk by stating that a los of people risk theit life and stability to join the multicultural society of America (cf.l.9). With this she demonstrates the power of the American Dream, being a role model not only for the ‘normal‘ society, but also for head of states like China‘s new president, to which Clinton is referring as a potential implementor of the Chinese dream (cf.ll.9f.). “When prosperity and common purpose are broadly shared, when all our people believe they have the opportunity, and in fact do, […]“ (ll.11f.), reflects that the opportunity of sharing an equal foundation is or can become reality if a certain share of prosperity and the belief to work hard is alive. With the insertion at the end of the latest quote, she directly speaks to the audience, making them aware of their opportunity and equal treatmemt of the state and for Clinton even more important, of her own mind set as possible president. Referring to the “empirical evidence“ (l.14), Clinton uses positivly conotated superlatives like “healthiest“ (l.14) or “fastest“ in order to first of all raise positive emotions but also to show her appreciation towards the people in the middle class, without whom society could not be as stable (cf.ll.14f.). She clearly lifts her own position up by introducing this point, but also makes aware of the fact that it is easier to find a “[…] way into that broad-based middle“ (l.16), than directly striving for a life as a millionaire.

Finishing of her positive outlook, she refers  once more to the concept of the American Dream using an anaphoric sentence structure, while maintaining some kind of parallelism (cf.ll.18f.). Clinton slearly tries to inject the belief of and in the American Dream into the people‘s brains referring to their oen vital strength and everything that lays the foundation for achieving the American Dream. Following up with the introduction of reality and a lot of negative aspects attending the A.D., Hillary Clinton demonstrates her pity for all the families, that are finding themselves in these circumstances by using negatively conotated words introducing consequences such as “unfortunately“ (l.21). Furthermore, Clinton tries to reach out demonstrating sensibility for this contrast to a word model (cf.l.24), which cannot be adopted to all citizens of the USA. “Many Americans understandably feel frustrated, even angry“ (l.25), reflects that she really tries to speak connected to one‘s native soil and once more presents her understanding of the situation. Another really important fact is that Clinton refers to the audience as Americans and not only as people of the USA, which represents her political promises of giving people from external countries a home. She opens the possibility of the A.D. to everyone living in America.

Quite at the end of her speech she refers to statistics and data, to actually show a proof to the audience, letting her arguments sound believable (cf.ll.26f.,32 f.). Showing her pity even more for the people finding themselves in a difficult situation, she conotates the wealthy life of kids that are born into prosperity and stay there without any effort, very negatively because it reflects the “opposite of the mobility we think of as hallmark of America“ (ll.30f.). The fight against the hard division of poor and rich is also represented by the metaphorical ladder of success, which is depicted for “[…] climb[ing] out of relative poverty“ (l.27). Nevertheless, she also expresses that especially Afro-Americans “are falling out of the middle class altogether“ (ll.34f.), by which she refers again to the fight about stability, which a lot of people cannot manage and for that fall of the ladder (cf.l.35). At the end, Clinton uses a lot of first person pronouns to demonstrate the audience, that she is a believer in America and that “the time has come for [them] to begin, […] for [their] sakes, for [their] children, […] for [their] future grandchildren“ (ll.36f.). With that argument, this appeal she is once ad for all bonding the audience‘s future with hers, which seems to be like a symbiotic relationship, depending on each other. Nevertheless, she also mentions, “[that] it really does take a village“ (l.39)., to achieve everything her definition of America and the Dream, that lives within, promises.

Having analyzed Hillary Clinton‘s speech it clearly can be concluded, that she really is aware of what she wants to achieve because of her intentional use of stylistic devices on all levels. The argumentative structure while maintaining a strict use of pronouns makes her appear to be one of the audience members. Even if she uses positive adjectives and superlatives, she completely reduces thhis talking about bad and negative impacts. Comparing this speech to for example her competetor Donald Trump, it becomes clear that Hillary Clinton also believes in the American Dream but still does not try to hide the dark side that comes with it. Clinton clearly states what she wants to achieve and that after all it remains a challenge of the unity and not of a single millionaire to tackle the ongoing problems of the past and present. 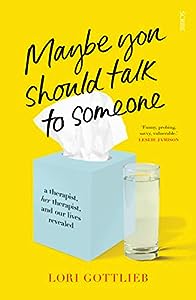 Maybe You Should Talk to Someone: the heartfelt, funny memoir by a New York Times bestselling therapist (English Edition)

(12311)
14,99 € (von September 18, 2021 21:46 GMT +00:00 - Mehr InformationenProduct prices and availability are accurate as of the date/time indicated and are subject to change. Any price and availability information displayed on [relevant Amazon Site(s), as applicable] at the time of purchase will apply to the purchase of this product.) 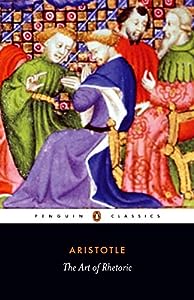 The Art of Rhetoric (Penguin Classics)

(110)
12,19 € 10,22 € (von September 18, 2021 21:46 GMT +00:00 - Mehr InformationenProduct prices and availability are accurate as of the date/time indicated and are subject to change. Any price and availability information displayed on [relevant Amazon Site(s), as applicable] at the time of purchase will apply to the purchase of this product.) 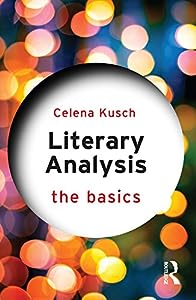 (18)
13,93 € (von September 18, 2021 21:46 GMT +00:00 - Mehr InformationenProduct prices and availability are accurate as of the date/time indicated and are subject to change. Any price and availability information displayed on [relevant Amazon Site(s), as applicable] at the time of purchase will apply to the purchase of this product.)